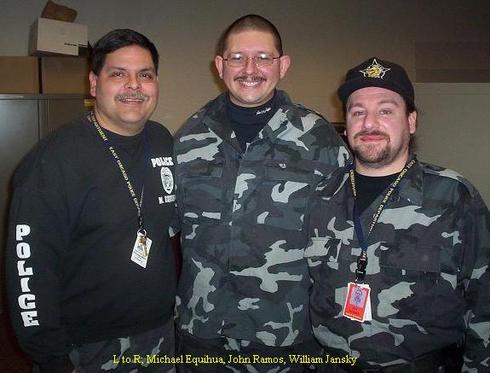 The founders of R.A.M.-I.T. were John Ramos, Mike Equihua and William Jansky.  All three served as Team Leaders on the departments SWAT team and all three were instructors on the department.
The department SWAT team had originally been formed in 1974 to combat race riots and domestic terrorists.  The original team was sent to the FBI SWAT school.  The team was then absorbed into the Gang and Narcotics Unit in the 1980's.  The Chief of Police in the early 1990's decided that the department needed a dedicated SWAT team.  The Chief then pulled experienced officers from all of the divisions and made them the renewed SWAT team.  These officers included Equhua, Jansky and Ramos.
When the SWAT team was reformed it was working hand in hand with the Gang and Narcotic Unit.  The SWAT team would sometimes do four (4) raids a day and would even do multiple raids simultaneously.
Our core SWAT instructors have been in SWAT since 1994.  They have all done actual assaults on everything from "knock and announce" to hostage rescue.  Our instructors are not just trainers, they are experienced, seasoned veterans.